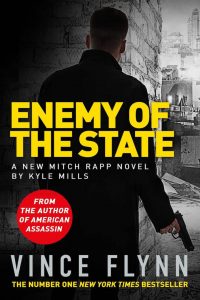 In the top-rated New York Times bestseller series’ latest thriller, Mitch Rapp finds himself alone and being targeted by a nation thought to be among America’s most trusted allies. Following 9/11 in 2001, it was revealed that the United States made one of the most secretive and risky transactions in the country’s history. There was evidence that the powerful Saudis … Read more