Golden Son by Pierce Brown: Red Rising Series Book 2: The golden son is the story of the revenge. Revenge is to be taken at every cost to raise the falling spirit. The story has the life or death related scenes and events that lead to the destruction and devastation.

Darrow has now become the peerless scared and is working in the service of his enemies. He is given the order to get the control of his own fleet of warships by Nero au Augustus. He is of the opinion that this service will be useful for the Sons of Ares. They have the program to wipe away the society. The golden son is determined to regain his lost glory and greatness.

During his stay at academy, Darrow is to encounter Cassius‘s older brother Karnus au Bellona. A battle was fought between these two. Both try their level best to beat each other. Darrow tries his most tried move but unfortunately, he is overconfident and is unaware the strength of the opponent. This unawareness costs him much and he loses the first ever encounter.  This defeat proves fatal for his career and future planning. This defeat also becomes the cause of the hundred of deaths. The golden son is now on the move.

As a result of this defeat, Karnus gains the control of the ship and unveils all the planning that Darrow has made against his opponents.  The defeat also brings humiliation and disgrace for Darrow. When he comes back in his quarter, Karnus with the help of the other members and crew of the ship initiate the revenge upon Darrow for the death of Julian and humiliate him to great extent. Another shock after the defeat Darrow has to face comes from Augustus who quits his contract with him and directs him that he would be auctioned again.

He is to be auctioned at the gathering of the great house of Luna. Augustus was his strong supporter and with Augustus at his back, he was unconquerable but now, he is the easy prey for the family f Bellona which is determined to kill him and take out his heart from his body.  The jackal offers Darrow to be his partner so that they both are ready to combat with the opponents. They both make their plan to combat the situation and get rid of the disgrace and humiliation of the previous defeat.

Would their plans be successful or once again, he is to face the humiliation and disgrace. The action packed novel would split your hair and you would be surprised at each act and action. The characters and event leading to the final combat are such as the readers would surely enjoy and the golden son is the target for everyone and everyone is being targeted by the golden son.

How to get free Golden Son?

Pierce Brown has made the novel and character of the novel very interesting and amusing. The novel is masterpiece of the pen of Pierce Brown. Suspense and actions are craved skillfully and tactfully and each act is submerged into other action and act.

Rising books have become very popular since the first novel, Golden Son – Red Rising Series Book 2 was published. Series and wait patiently every year for the author to release another publication. 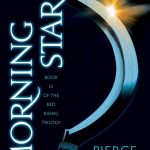